Jojoba oil. It’s the new acne treatment craze. All the experts and beauty bloggers swear by it, but seriously… what the heck is it? And more importantly, why haven’t anybody told you how to use jojoba oil for acne yet?

Perhaps they waited for me to do it. In that case, don’t fret. Because in this post, I will tell you exactly how you do it!

You’ll also learn heaps of other things about jojoba oil. Even stuff you never thought you ever needed to know!

These are the topics I’ll be covering:

So if you’re ready to learn how to treat your acne with jojoba oil… let’s go! 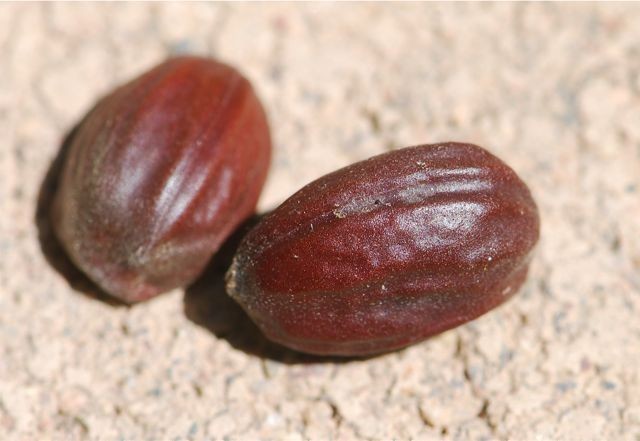 What is Jojoba Oil?

Jojoba oil is sourced from the seeds of Jojoba plants in the deserts of Arizona, California and Mexico. Despite its name, jojoba oil is actually more of a liquid wax rather than oil. Because of this, jojoba oil can sometimes be referred to as “jojoba wax”.

Fun fact: The jojoba seeds actually look a lot of like cocoa beans, and if you ever were to split one open, you’d see contents that resembles those of an almond.

After being extracted, the wax is refined to either an odorless and colorless oil, or a golden oil with a faint nutty smell.

When the usage of whale oil was banned in the seventies, the cosmetic industry were desperate to find an alternative. They turned to jojoba oil, which proved to be a quite a successful substitute.

Thanks to being quite versatile, jojoba oil can be found in a wide range of products, such as soaps, shampoos and various acne treatments. Even farmers can find benefit in jojoba oil, as it’s sometimes used as a natural pesticide for plants. Furthermore, it offers several great health benefits and is generally considered safe for all topical use on your skin.

Jojoba oil offers a plethora of benefits for your skin and your overall health. There’s a reason why more and more cosmetics companies decide to include this ingredient in their products, which is its versatility. It can do so much good for your skin!

These are only a handful of all the awesome things this oil can do: 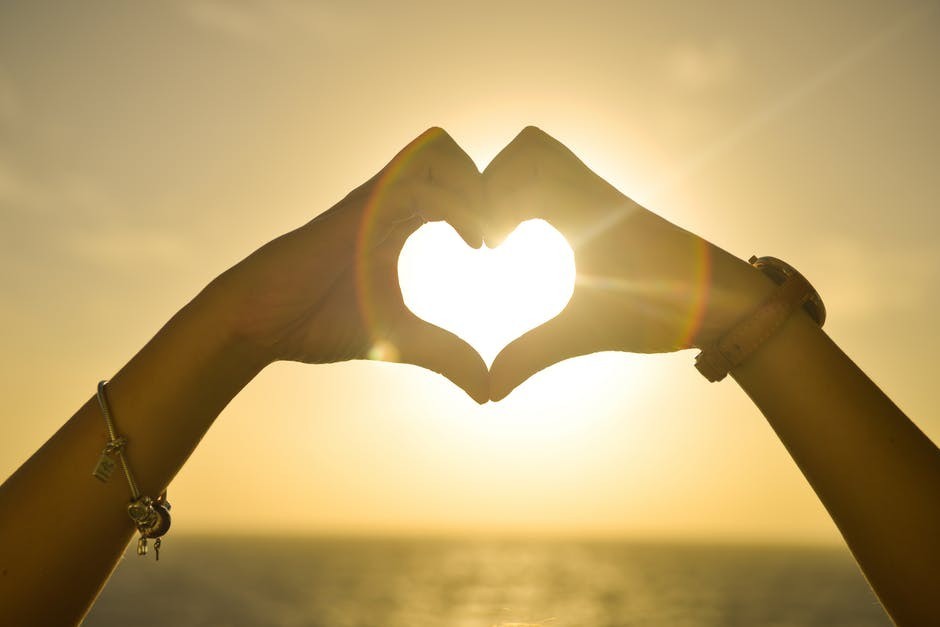 Are There Any Downsides?

Let me just put this out there: If you eat jojoba oil, you could die. Swallowing jojoba oil is toxic and just a really bad idea. Not only does it probably taste awful, but since it contains erucic acid, it can also do some serious damage to your heart.

This is also the case for nursing women. If you’re nursing, make sure you keep the jojoba oil away from your baby’s mouth. A suggestion is to not apply it on your hands or breasts during this phase.

Jojoba oil is generally safe, but there have been cases where people have had allergic reactions, so always be sure to patch test new products that you buy.

How Can Jojoba Oil Help Acne?

The structure of jojoba oil resembles sebum (the skin’s natural oil) quite closely. There’s a theory that says when you apply jojoba oil to your skin, you signal it to balance itself. This helps reduce clogged pores, which is the main cause for acne.

Whether this theory is true remains unsaid, but the fact is that jojoba oil does work.

According to a study from 2012, jojoba oil-based healing clay masks can dramatically reduce the acne and treat skin lesions in your face. Over the course of 6 weeks, among 133 participants, there was a mean reduction of 54% of the total lesion count thanks to these specialized healing clay masks. 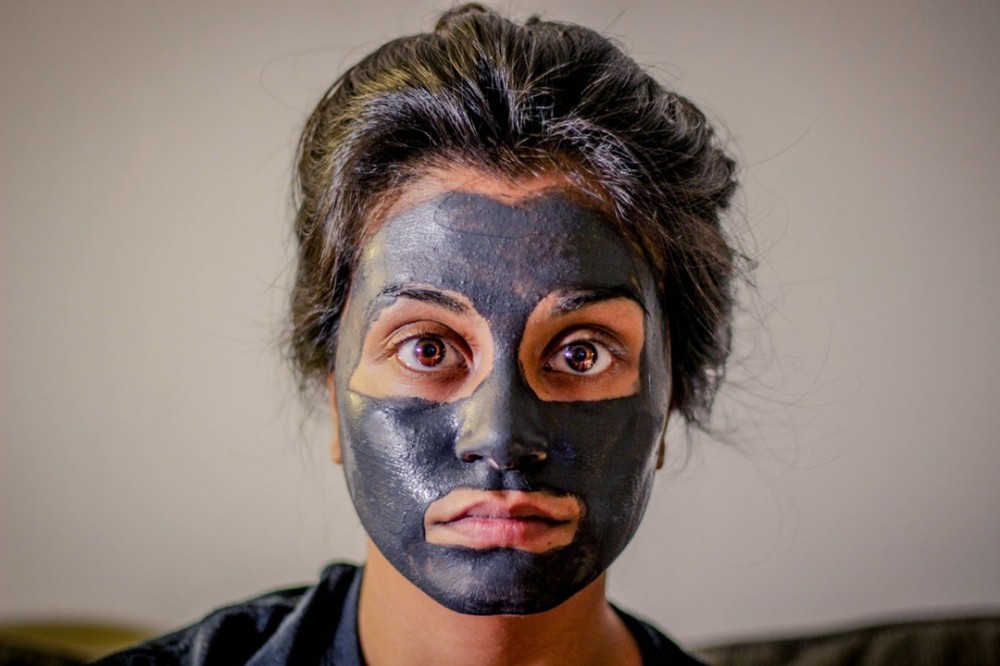 How To Use Jojoba Oil For Acne

Making a healing clay mask with jojoba oil is actually easier than it sounds. You only need two products: unrefined, organic jojoba oil and a high-quality bentonite clay mask. Then it’s just a matter of mixing them together.

I recommend the following products:

Mix equal parts of jojoba oil and healing clay into a nice, smooth solution. Apply it on your face and neck, and let it sit for about 10-15 minutes before you rinse it off.

Repeat this process for 2-3 times a week and you’ll hopefully start seeing your skin clear up within a few weeks. Stick with the treatment for at least six weeks, but longer is definitely recommended.

I suggest you use your face mask during the evenings, or when you know that you won’t be going out for the day. There’s quite a big risk that your skin will turn red immediately after treatment (this is normal), especially during the first weeks.

The main point here is to be patient. Acne treatment is often a slow process and this is also the case with the jojoba oil clay mask. It will take time, but most likely you’ll see an improvement if you just stick with it for a while.

Jojoba oil is extremely versatile. It can do everything from reducing wrinkles to providing your hair with refreshing luster. And there are several studies validating this fact.

Ever since the ban on whaling in the 70s, jojoba oil has been used in a wide array of cosmetic products. Heck, it can even be used as a natural pesticide for plants!

But the most important thing for you and me is its ability to treat acne. By using a specialized healing clay mask, subjects in a study saw a mean reduction of 54%. I’d say that’s quite an effective treatment.

So can we use our own jojoba oil-based clay mask and replicate the results? Most likely. Everybody’s skin and condition is different, so there are never guarantees, but the study done in 2012 points towards it being very achievable.

However, it requires patience and consistency. You will not see results within the first week, and very unlikely the following week as well. But if you stick with the treatment for at least six weeks (but preferably longer), you should hopefully see an improvement.

So what are you waiting for? Start making your mask!

If you have any questions or wish to share your results with me, drop me a comment below! I’d love to chat with you!